When we caught up with Jeff Wayne, the composer and producer of The Musical Version of The War of The Worlds, he spoke to us about the meaning behind this dramatic song.

The Spirit of Man has been featured in the Original Double Album and on The New Generation Album.

It is also now a part of Jeff Wayne's The War of The Worlds: The Immersive Experience, as well as being the namesake for the world’s only steampunk bar & restaurant where you can enjoy food & drinks under a giant working Martian Fighting Machine!

"A DEFINING PIECE QUESTIONING GOODNESS AND EVIL, LOVE AND HATE, GOD AND THE DEVIL" SAYS JEFF.

Jeff begins with telling us the story behind the classic song, and the characters introduced to us here.

“The Spirit of Man is an emotional duet between Parson Nathaniel and Beth." 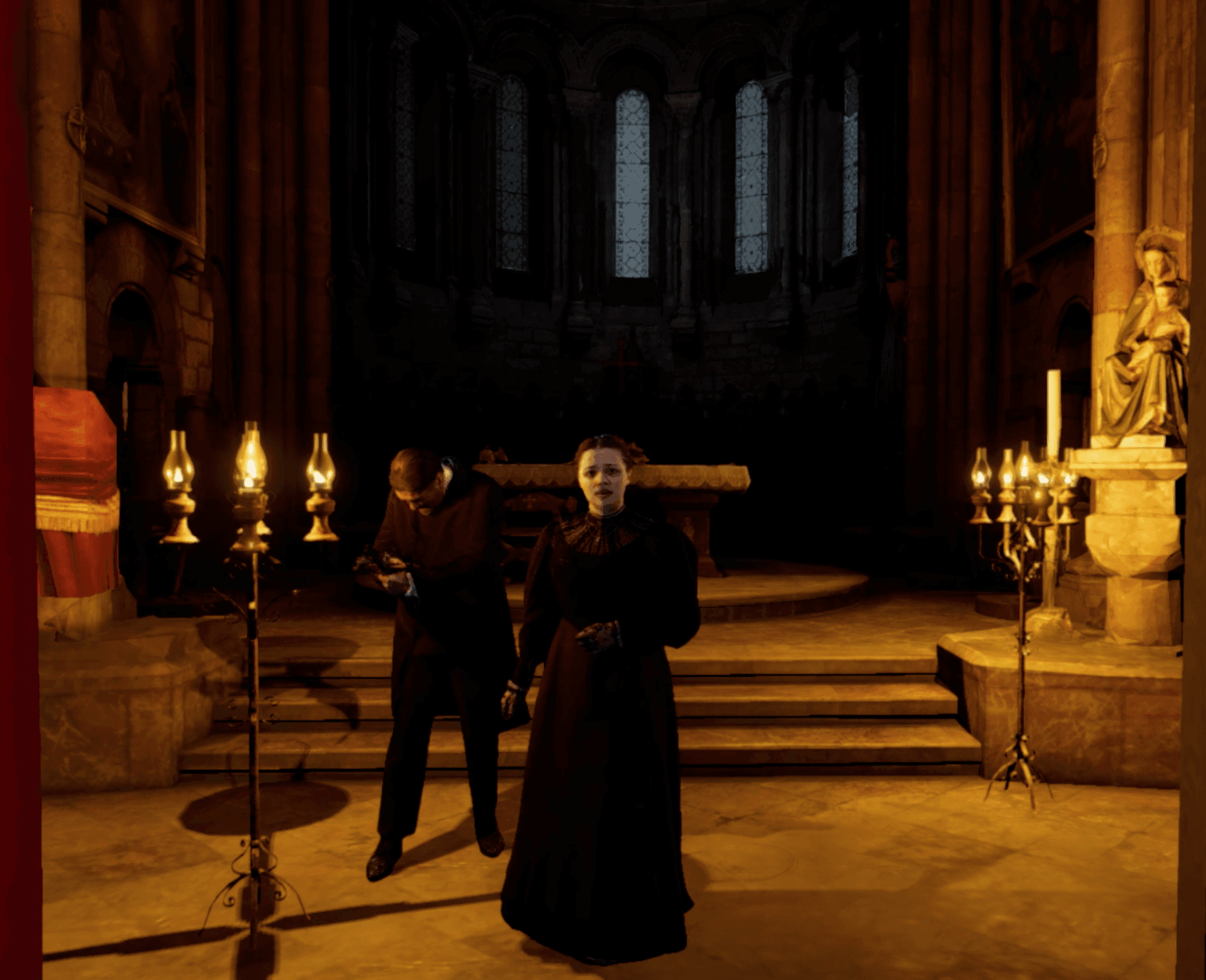 "Nathaniel arrives first in the scene declaring the Martians are the Devil and only he can save the world, but soon he sinks into madness believing all hope for Mankind is lost.”

“Beth believes the complete opposite and calls out for Nathaniel trying to convince him that there is everything to live for, even to die for, and tries to bring Nathaniel back from his now obvious failing state of mind, and loss of faith.”

In HG Well’s original novel, the role that became Parson Nathaniel in Jeff Wayne’s Musical Version was in fact a Curate.

“We changed the character to a Parson, mostly because after testing with various people, a Victorian Curate was far less known in modern times than a Parson” explains Jeff.

The musicality behind The Spirit of Man adds as much to the story and character development as the lyrics themselves. 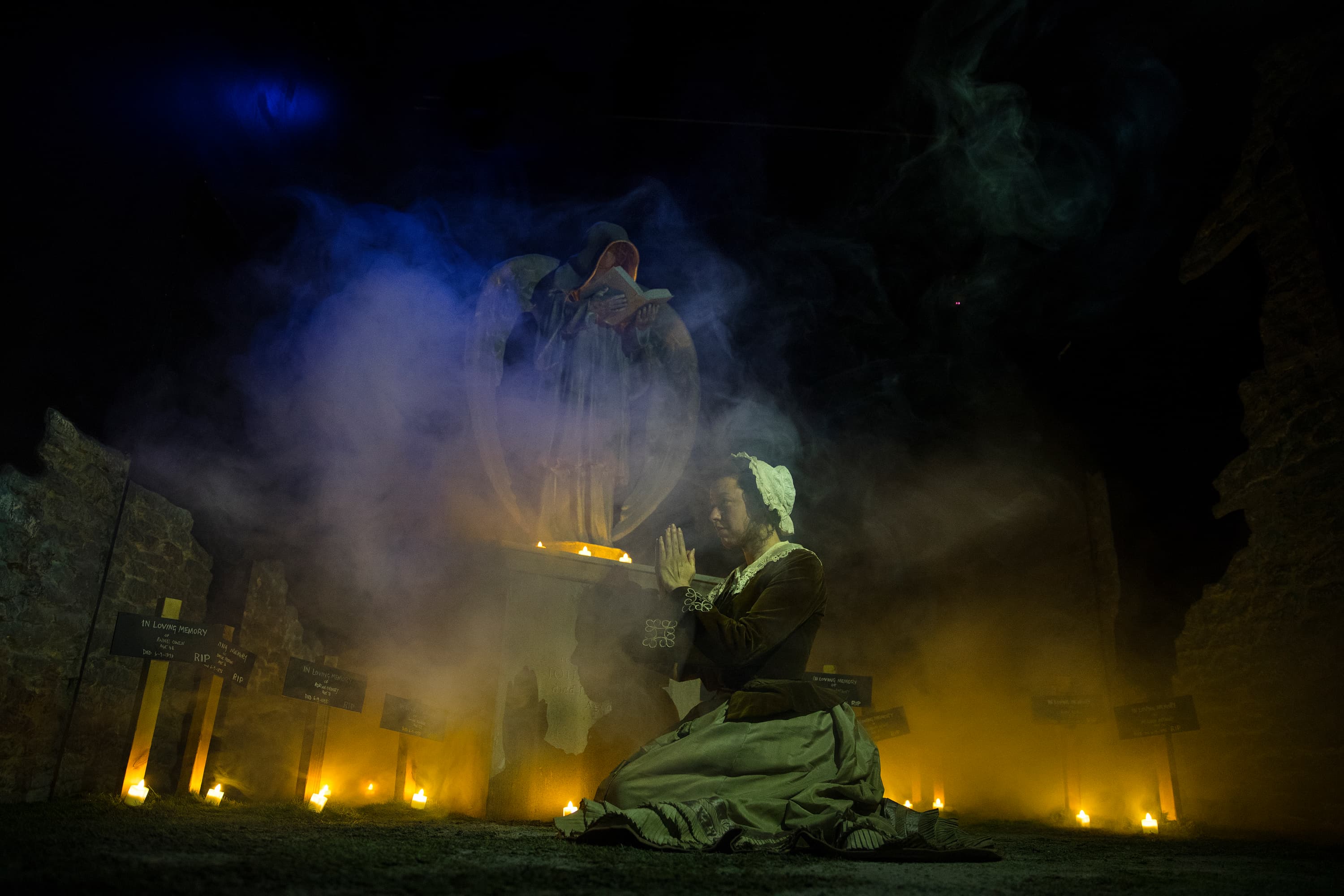 “We hear aggressive guitars whenever Parson Nathaniel performs and a symphonic string orchestra whenever Beth is heard - expressing their emotions that match their beliefs.” Jeff continues

“There are many incidences in life where ‘good and evil’, ‘love and hate’ clash with each other, and The Spirit of Man is that moment in The War of The Worlds, where husband and wife, clash with opposite beliefs, but in spite of this, they remain loving each other very much but fail to reconcile these opposite beliefs before their eventual demise.” 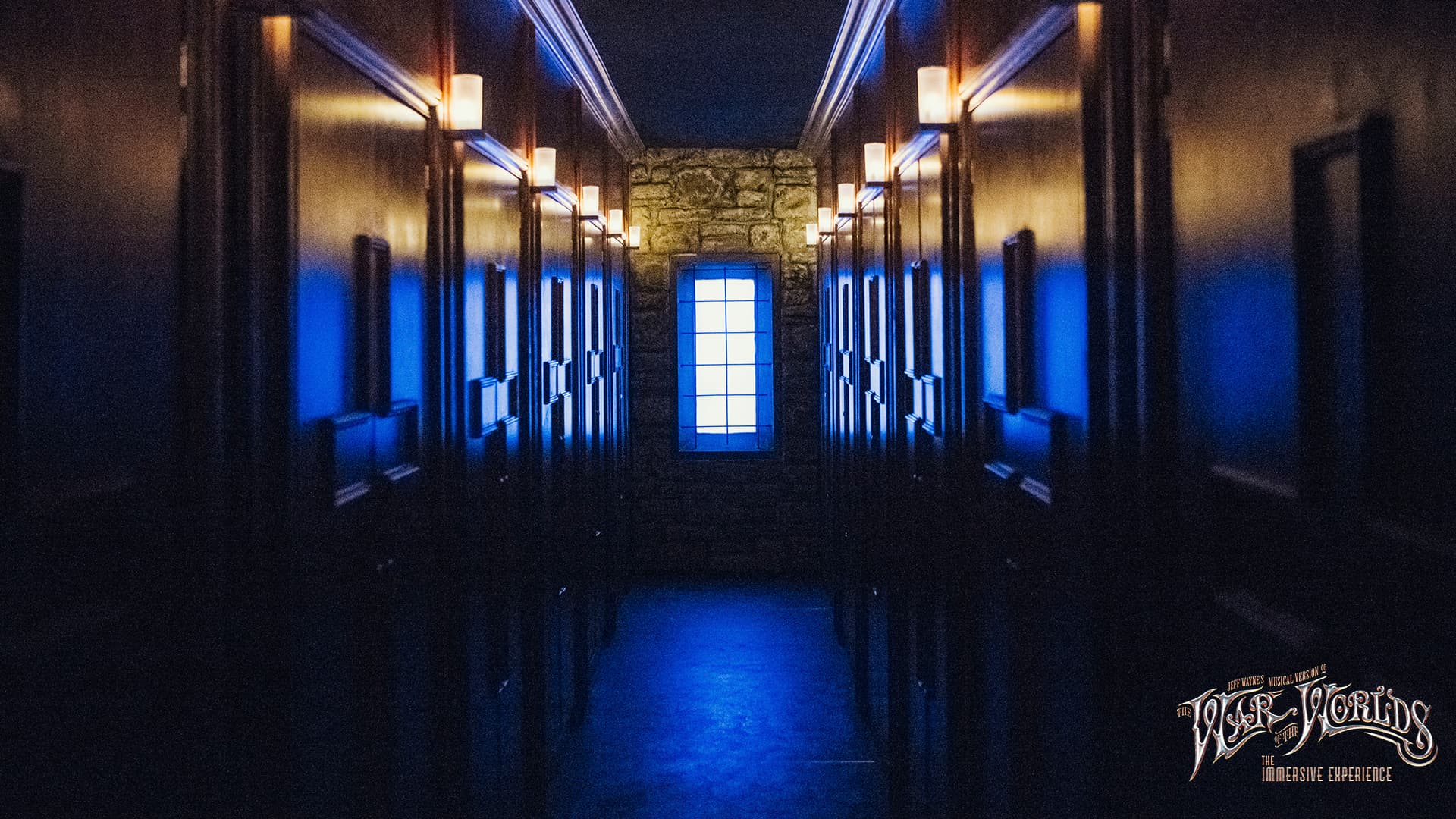 In The Immersive Experience you can get up close to Beth and Parson Nathaniel within one of the VR scenes.

Enter a confessional booth with Parson Nathaniel as he tries to provide you with refuge from the physical and emotional toll of the Martian invasion.

As the church burns around you and the Martians draw in, become a part of their struggle between good and evil, Mankind and Martians.

The Spirit of Man Bar and Restaurant 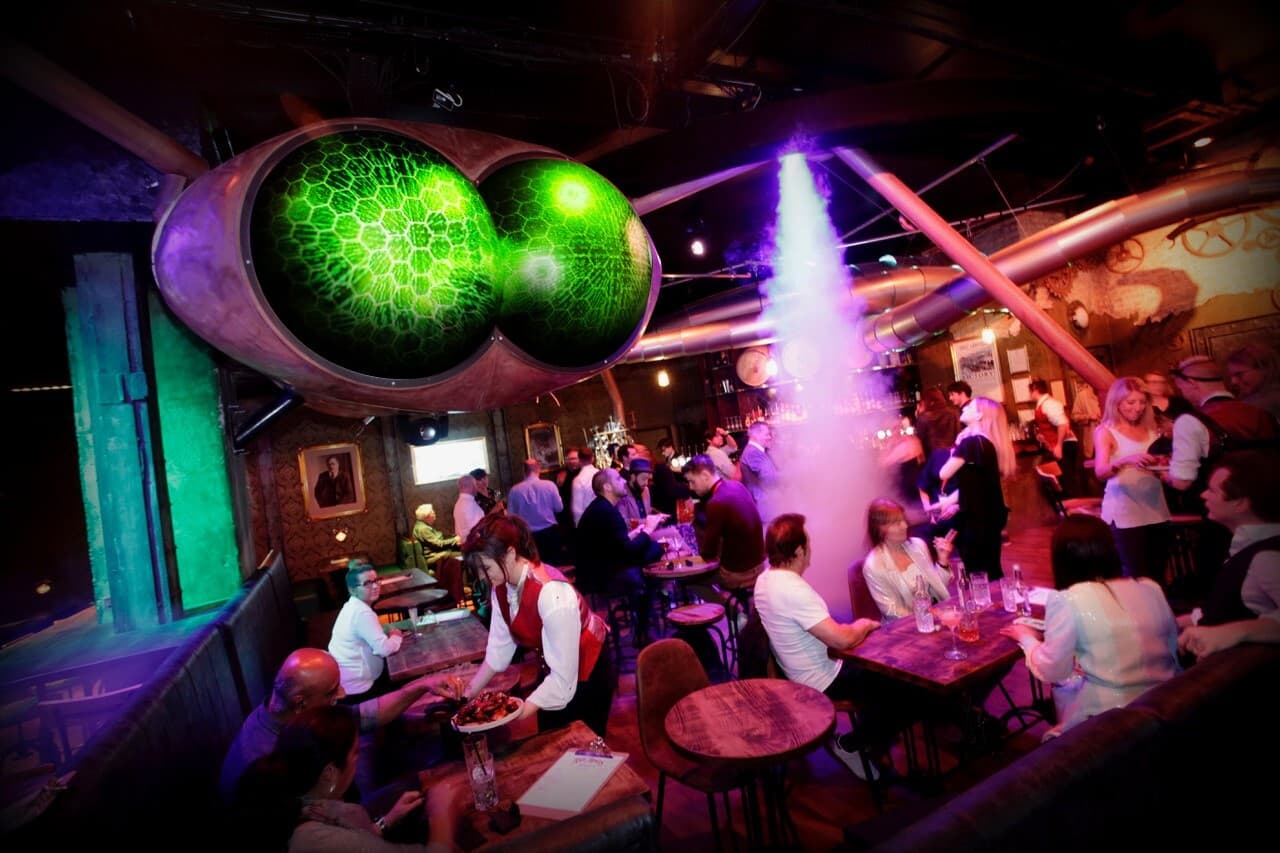 You begin and end your experience in The Spirit of Man, our steampunk bar and restaurant.

“The song The Spirit of Man is heard as a special with unique lighting and sound to enhance its mood.”

The bar is decorated with digital portraits using original album artwork and there are light shows in The Spirit of Man bar every half an hour.

The Spirit of Man Bar & Restaurant

"THE VOICE OF THE DEVIL IS HEARD IN OUR LAND! LISTEN, DO YOU HEAR THEM DRAWING NEAR, IN THEIR SEARCH FOR THE SINNERS?"

- THE SPIRIT OF MAN

Length of Track: 9 minutes and 52 seconds

Jeff's Favourite Instruments on the track: Guitars and Symphonic Strings

Jeff Wayne's The War of The Worlds: The Immersive Experience

The Spirit of Man is just one of Jeff Wayne's songs that come to life through a unique mix of live action, multisensory effects and virtual reality in The Immersive Experience.

Jeff Wayne remixed and remastered classic tracks from his Musical Version exclusively for The Immersive Experience.