We caught up with Jeff Wayne, composer and producer of his Musical Version of The War of The Worlds, to talk about the theme that highlights the first encounter between Humans and the Martians.

‘Horsell Common and The Heat Ray’ is featured on the original and The New Generation album. It builds the tension, whilst progressing the story and for the first time on the album, revealing how deadly the Martians and their weapons can be.

"A HEAVY MARTIAN, TO ME, COULD ONLY BE CALLED A ‘FATMAN’!" SAYS JEFF.

Jeff started the conversation with a description of the key storyline taking place in the song.

“In the morning a crowd gathers at the common and observes the lid of the cylinder falling off, revealing a Martian firing its deadly Heat Ray, destroying all in its path.” explains Jeff

“Terrified, The Journalist [our stories protagonist] returns home and falls into a restless haunted sleep, woken only by the hammering of the Martians building their Machines.” 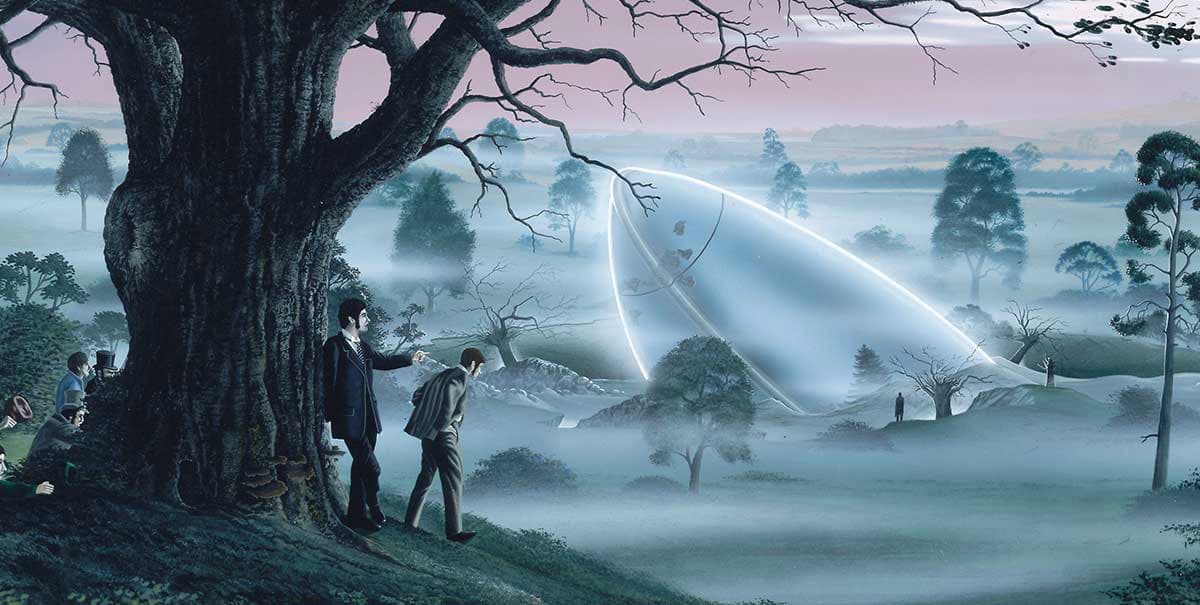 Jeff's inspiration behind this track can be linked back to HG Wells’ original novel. “When I was composing the sequence from my original double album, the sequence ‘Horsell Common and the Heat Ray’, contained a theme that I titled - ‘Fatman’.”

“Musically this represented the ‘lumbering’ qualities of the Martians once they arrived and began walking on Earth.” 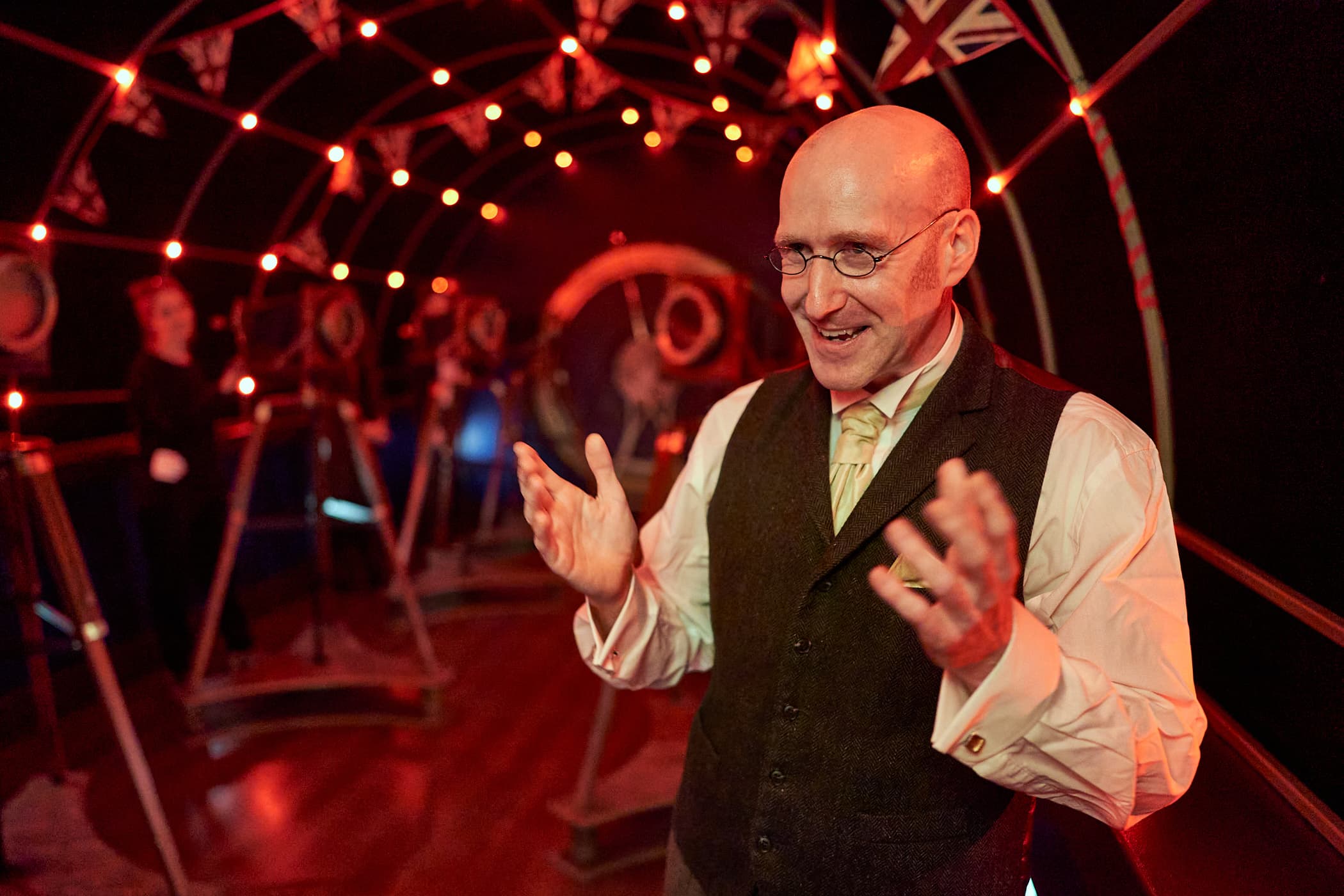 Jeff continues to explain the origins of naming this theme ‘Fatman’ - “HG Wells’ knowledge of science helped him with his story to include the major differences of the pull of gravity between Mars and Earth.”

“Once on Earth, the Martians, unless in one of their machines, were far too heavy to move fast. So a heavy Martian, to me, could only be called - ‘Fatman’!”

The main melody of ‘Fatman’ is played by two unique string instruments. The Persian Tar, similar to a lute and is plucked, whereas the Santur is a percussion-stringed instrument, struck with a hammer. The Santur’s origins can be traced back thousands of years. 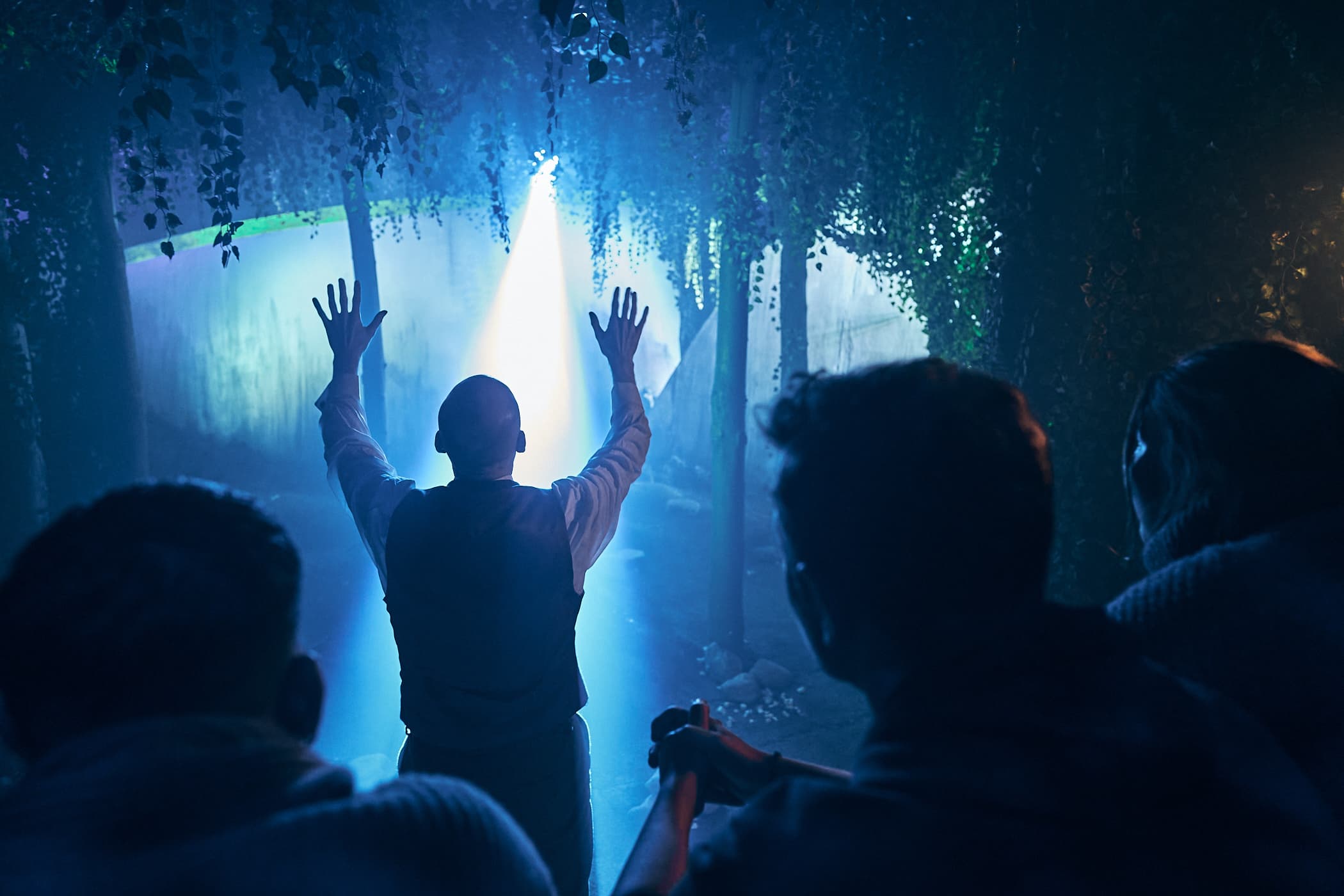 In The Immersive Experience you will visit Horsell Common's Royal Observatory for its open day on 12th August 1898 where you will witness the first Martian cylinder landing! Professor Ogilvy will lead the observatory tour, but as you make your way onto Horsell Common, make sure to watch out for the Martian Heat Ray!

“We WERE there in late Victorian London, on the Common, & running for our lives with The Artilleryman. We came. We saw, We survived.” - Sheena L via TripAdvisor

But don’t worry, after the Martians land you will be led to refuge in the house of The Journalist… George Herbert.

As part of Jeff’s collaboration on The Immersive Experience he remixed and remastered his original score to work with the Immersive format, which can be heard exclusively within the experience and in The Spirit of Man Bar and Restaurant.

Jeff explains, "in order to bring the story to life, the sequence ‘Horsell Common’ needed to contain new dialogue and special effects.” This presented a challenge in ensuring all audio elements, whether live or pre-recorded, were "working together, could be heard clearly and not clash with each other." 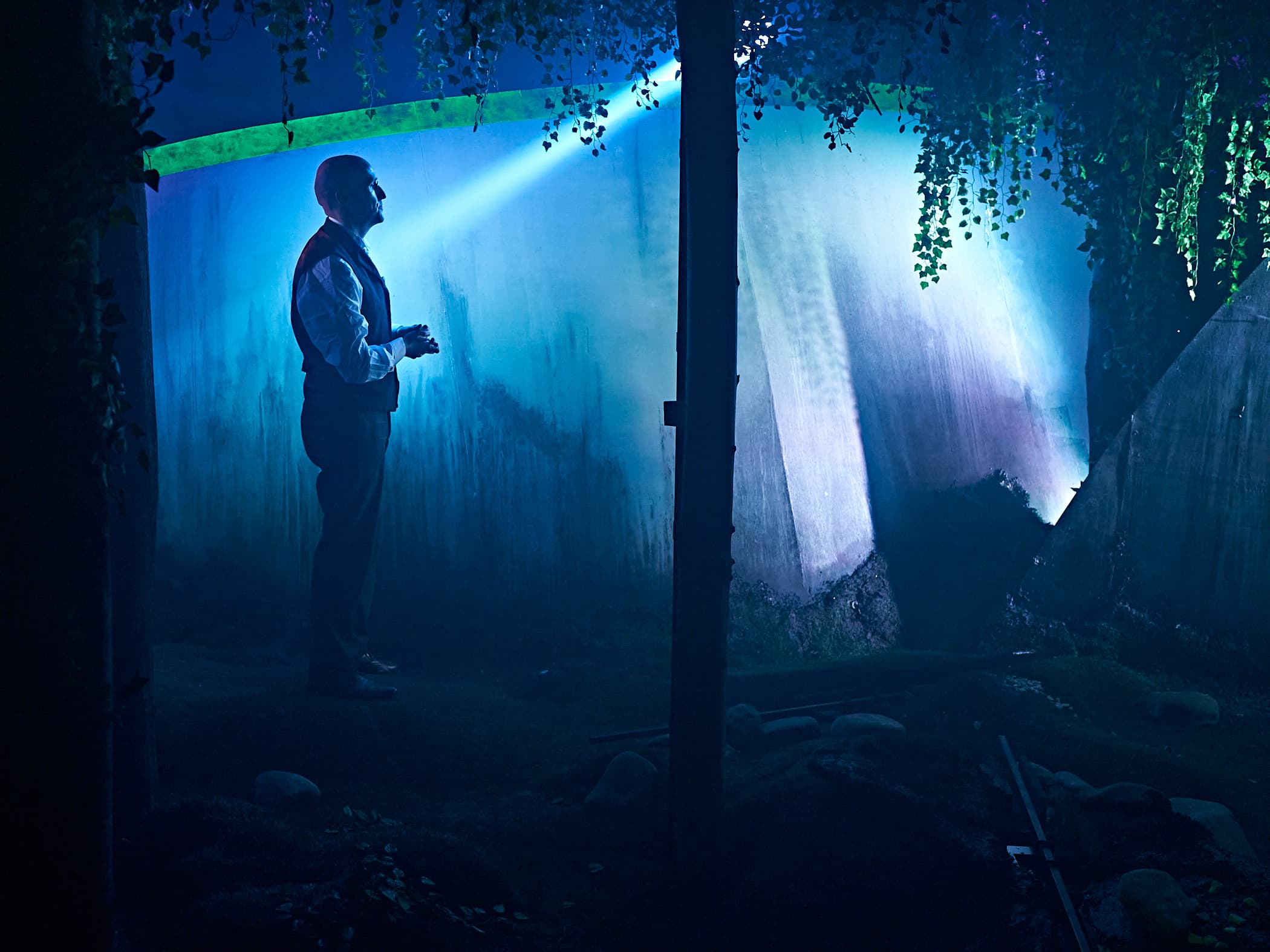 “Now and again a light like the beam of a warship’s searchlight would sweep the common, and the heat ray was ready to follow.” - Horsell Common and the Heat Ray

Name of Song: Horsell Common and The Heat Ray

Position on albums: Side 1, Track 2

Jeff's Favourite Instruments on the track: The Persian Tar and Santur

Jeff Wayne's The War of The Worlds: The Immersive Experience

Jeff Wayne's The War of The Worlds has been brought to life through a unique mix of live action, multisensory effects and virtual reality.